Return to Login
Your search results

Wanting a Second Home in Seattles Downtown Lands Them at Escala 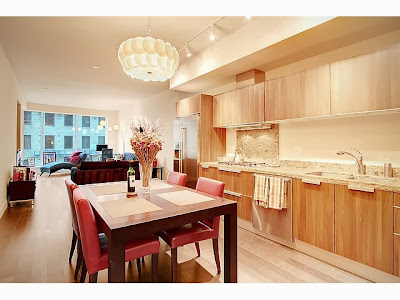 While Marco was holding an open house at our large open layout 1 bedroom condo at Mosler Lofts, he met this couple who were in town from Los Angeles and looking for a 2nd home in Seattle. Though our Mosler Lofts listing wasn’t a fit for them, they were impressed by Marco’s knowledge of condos in general and his intimate knowledge of the Downtown and Belltown condo market. They realized that he was the Realtor who could help them find their 2nd home.

With only one afternoon to tour condos in Seattle, Marco set out to show them condos in each of the modern buildings he thought they would like. They checked out Enso, Mosler Lofts, Cristalla, Escala and Olive 8. After their tour, they flew back home to LA and chewed over their options. They landed on Escala, loving the interiors, the amenities, and the location.  Since the unit they saw in Escala was a 2 bedroom (so they could get a feel for the building) and they were looking for a 1 bedroom we focused our efforts on locating them a condo there. We reached out to our clients who lived in the building to see if they were interested in selling, we reached out to the sales team who originally sold the units when they were new and we sent a letter into the building asking if anyone had interest in selling. Then we found it. We rushed over to video it for our out of state buyers. We sent those videos to them and they were thrilled and ready to pounce. We competed in a multiple offer situation and crafted the winning offer! With a quick 2 week closing, these buyers are now Seattle condo owners!

Looking forward to catching dinner with you soon Philip and Margaret!

Soon to Open Restaurants in Amazon’s New Buildings in SLU+