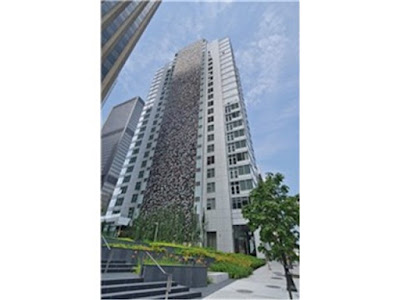 Wanting to move from Texas to the Pacific Northwest, these buyers contacted us when it was time to find their next home and relocate into our beautiful city. They were looking to be Downtown in a modern building near to some of their favorite Downtown amenities like the Library, SAM, and Benaroya Hall.

We began the hunt with a tour of many of Seattle’s newer buildings near their hot spots. All had pluses but none fit the bill until we toured them through 5th and Madison Condominiums. Close to everything they were looking for and modern in its design, this building seemed like the perfect fit. We crafted an offer on a great unit and submitted it. But when the Sellers decided to pull the condo off of the market unexpectedly, these buyers were quite disappointed as they realized that this was the building for them. But never fear! Urban Marco is here! We scoured through the potential units in the building that would work for their layout needs and did some digging. In doing so we located a unit that had it all and was just about come back on the market after a failed deal. In doing some deep investigation we were able to snag this condo unit for our clients before it came back on the market! Because we snuck in, the short sale was approved in less than one month and the buyers were closed two weeks later!

Welcome to your new home in Downtown Seattle Hart and Anne!