Assembly Hall in Via 6 Starts Roll Out Next Week 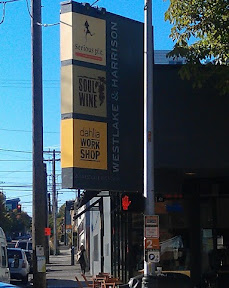 Tom Douglas’s Assembly Hall, in the retail space at the Via 6 apartment towers, is ready to begin it’s roll out some time next week. The 10,000 square foot space will mainly be a combination of a coffee shop, deli/convenience store and a restaurant to be called Tanakasan. It is located on the cusp of South Lake Union/Denny Triangle, Belltown and Downtown.

The first section to open will be the coffee shop, Assembly Coffee and Juice. Then will come Tanakasan, named after Tom’s executive chef, Eric Tanaka. After that,  Home Remedy will open, which is the deli and convenience store combo. There will be other features as well and each of the different spots within the Assembly Hall will be rolled out as they are ready.

Click here to read the entire article in PSBJ.

What is this Summer Looking like for Seattle Real Estate?+

This site uses Akismet to reduce spam. Learn how your comment data is processed.